On the New Jersey Transit train bringing us to the Newark airport station, I remarked to my sister Paige how well our travels had gone. Both of us had traveled a lot with friends and family and even traveled alone, but we had never taken a trip with just the two of us. We’re two girls, both under 5 feet tall and fairly young-looking because of that, so we worried a bit about taking the New York City subway on our quick 4-day trip to Manhattan. 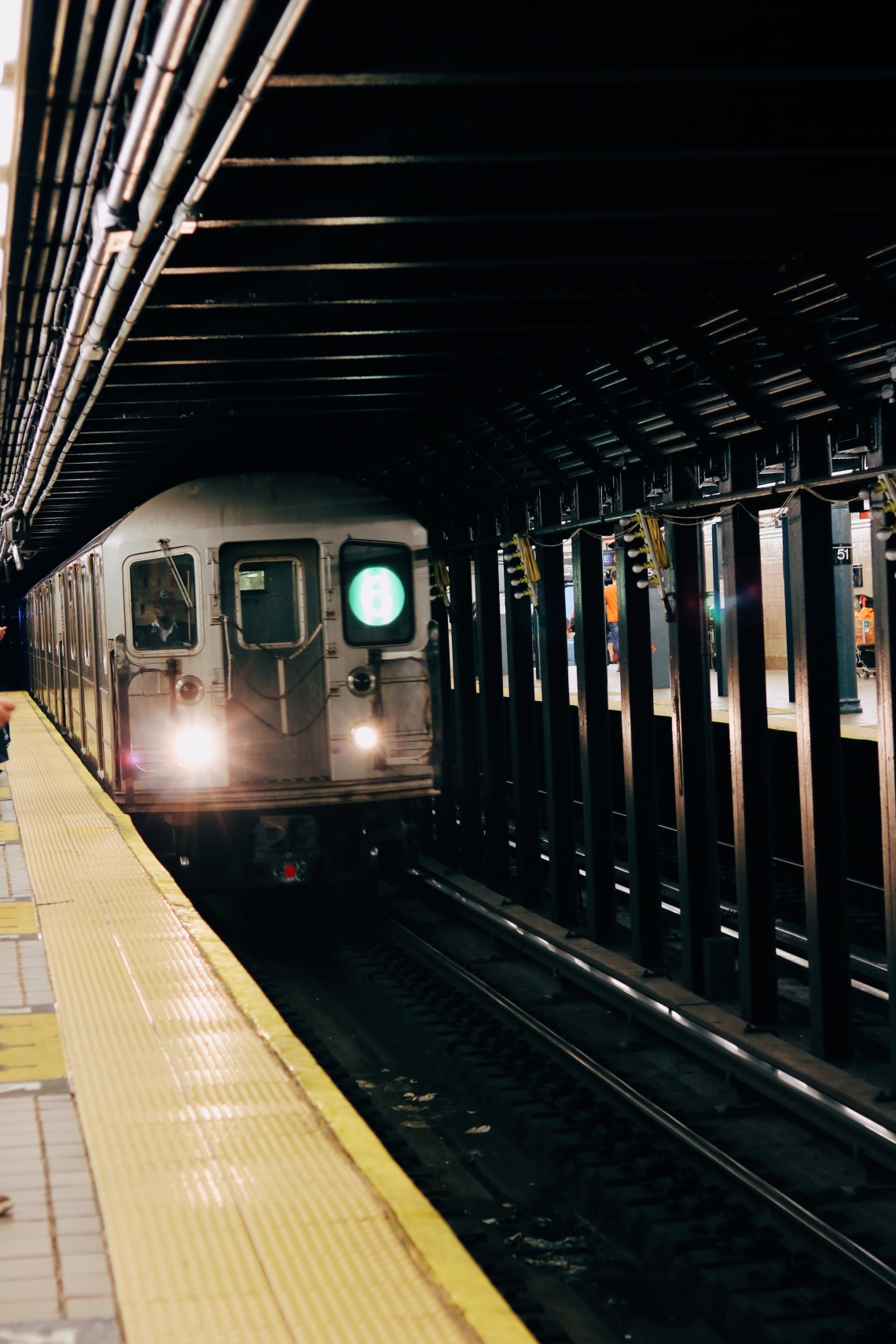 Fortunately, all had gone well for us. We arrived at the Newark airport after a quick direct flight, took a couple trains and presto! We were at Penn Station. We used LuggageHero (bless them) to store our luggage so we could sightsee until we checked into the Freehand Hotel, which was a couple miles south in the Gramercy area. We later took an Uber there to avoid lugging luggage on the subway.

We saw stellar things in New York. Paige had never been there, and I had never been there for more than a day at a time, so I had lots of fun planning out our schedule. The first day alone, we saw the Empire State Building, the New York Public Library and its beautifully curated grounds, Grand Central Station and even Times Square. Plus our hotel was a sight in itself, with a resident artist and interesting design at every turn. 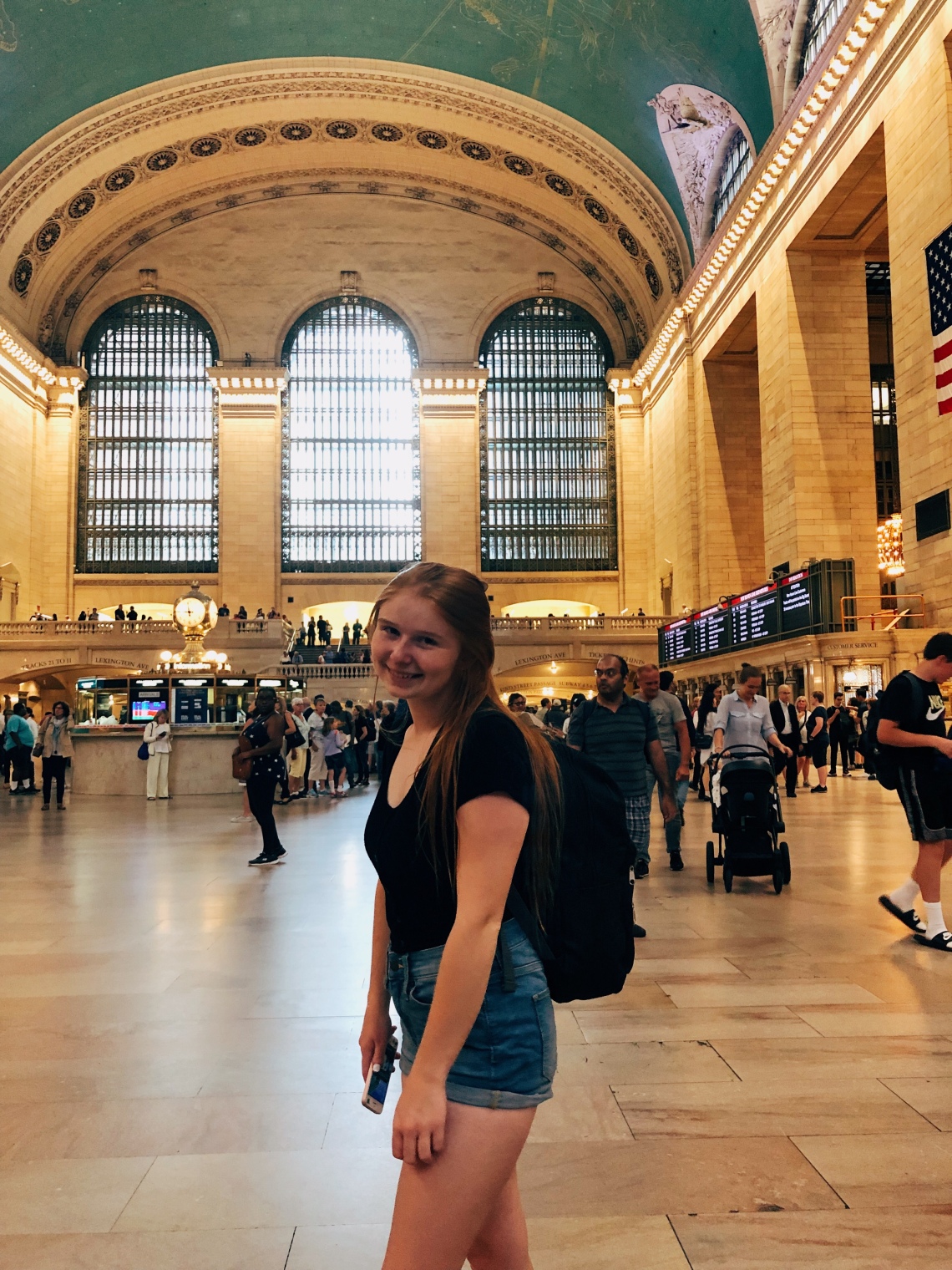 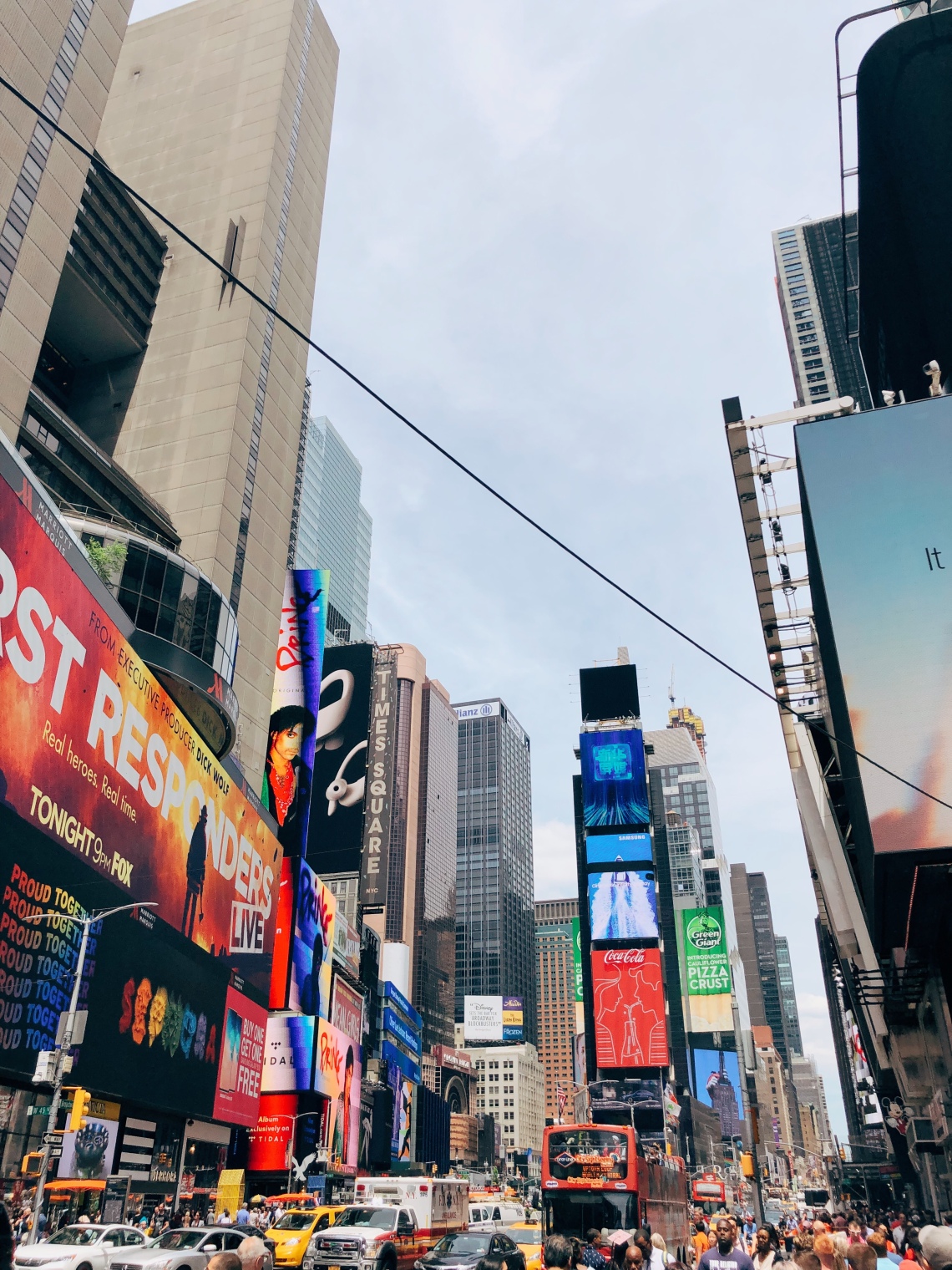 We got up early the next day and braved rush hour on the subway to get to Battery Park, where we joined the horde of tourists to get to the Statue of Liberty and Ellis Island. We got back and saw the World Trade Center, staring at the giant waterfalls in place of the buildings that were destroyed on 9/11. The Oculus nearby is one of my favorite places to visit for the shops and architecture inside, so we stopped in there before walking the down to the Brooklyn Bridge for more photo ops. We even found a quiet riverside park with a great view of the bridge! From there, we found a subway station and rode home to change- it had rained a little and it’s no fun walking around in soggy socks and shoes. We went to Times Square at night and saw it all lit up bright (and crowded). By the time we got back to our hotel, a sudden downpour had just begun, and we were glad to be back in our cozy room, done with another good day. 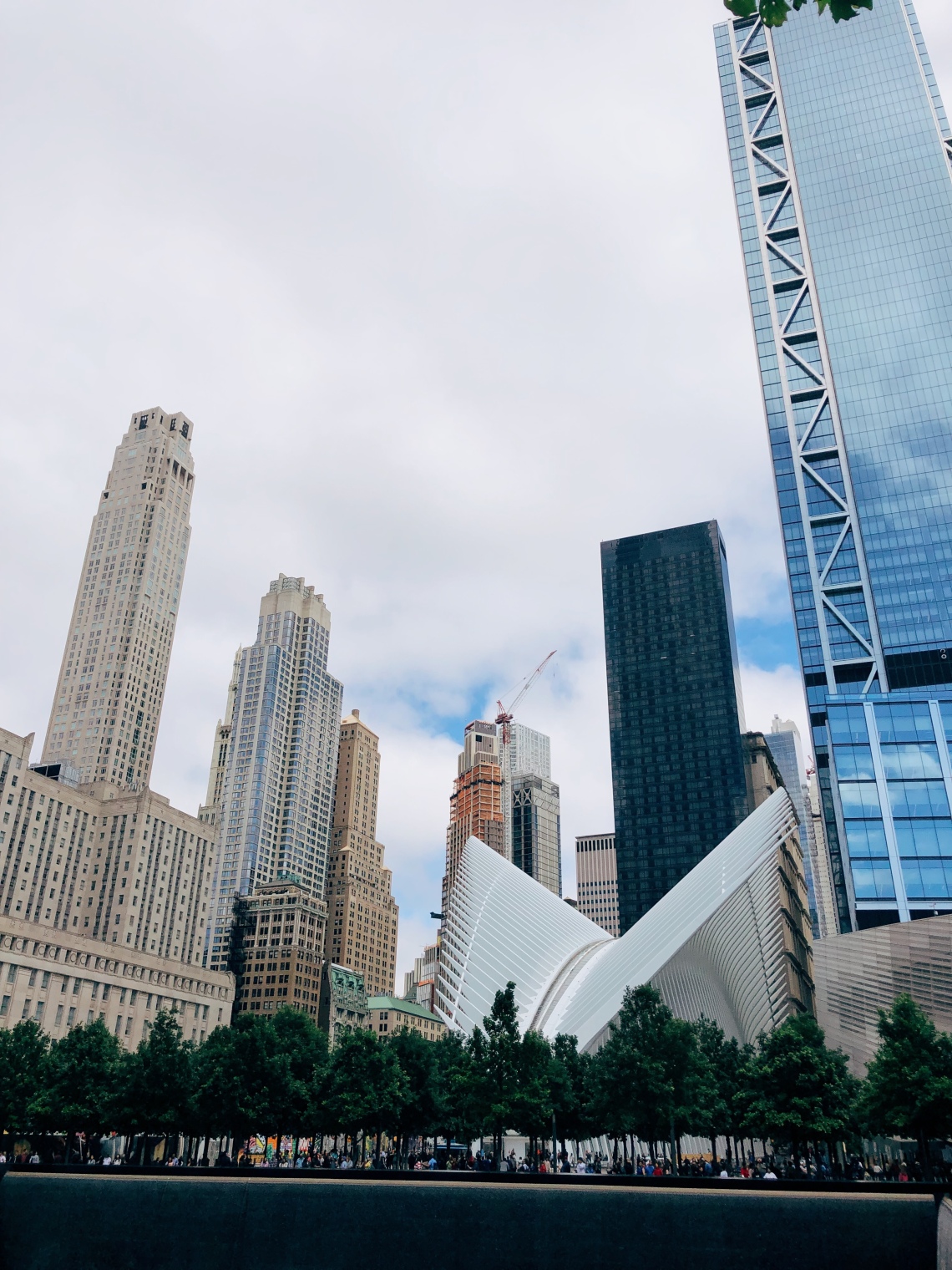 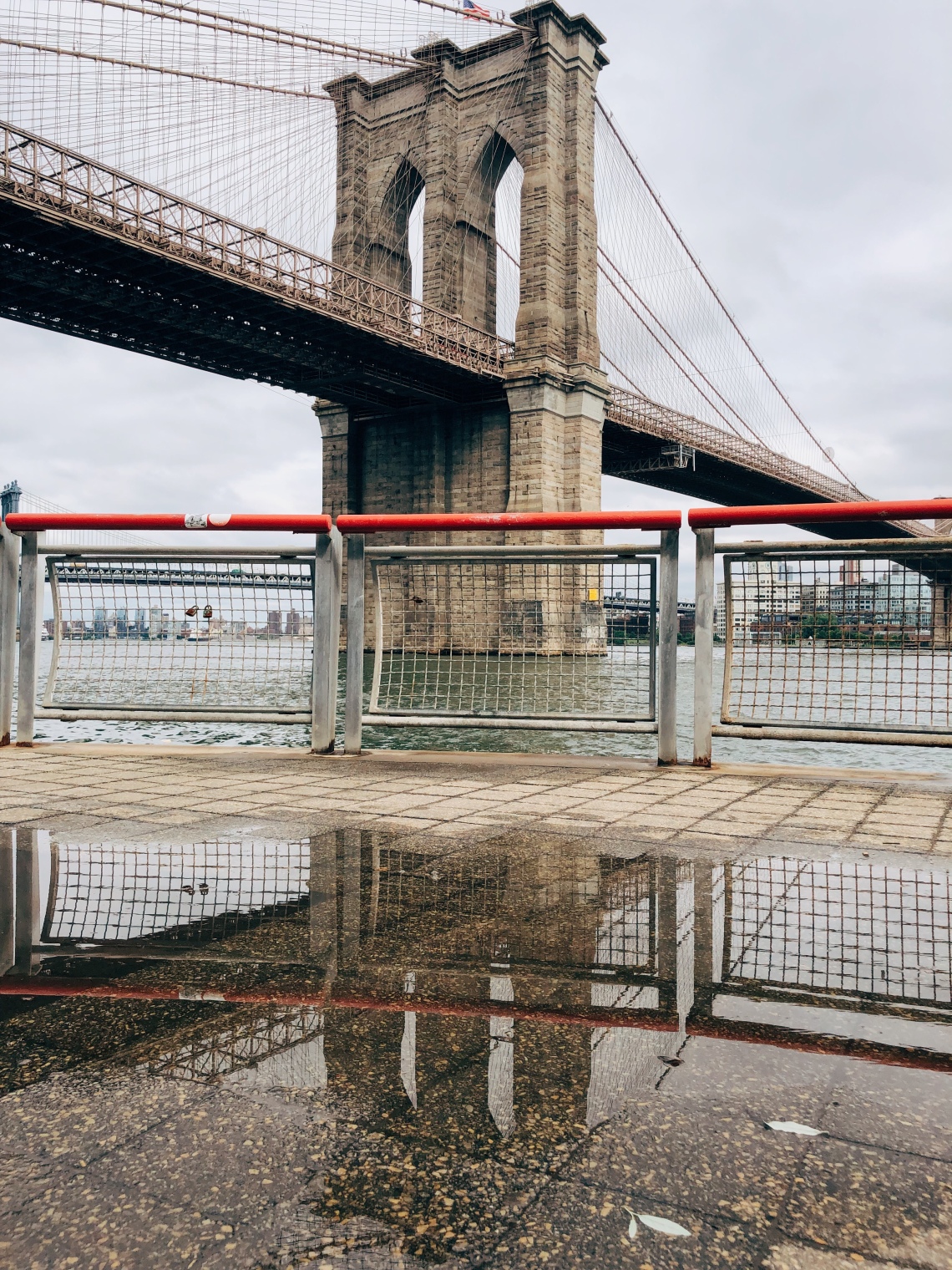 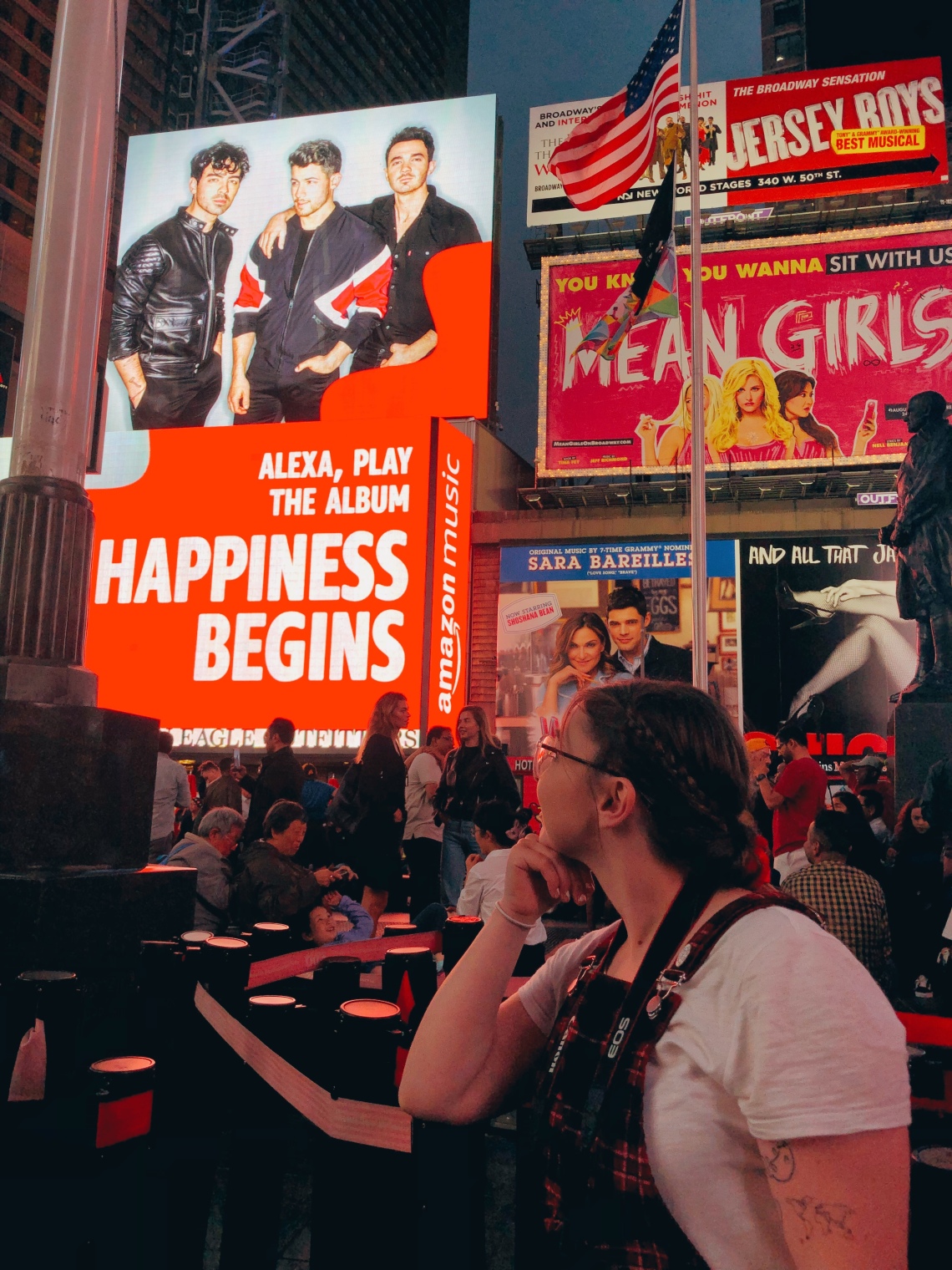 And suddenly it was day three! I rented bikes for us to ride around Central Park, which was lovely even though we ended up doing the whole 6 mile loop on accident. Still worth the ride, though! Rockefeller Plaza is just south of the park, so we went there next for some (window) shopping, then walked over to St. Patrick’s Cathedral. We went with our family to Europe last year, and walking through this cathedral was almost like being back there. For the sake of diversity, we went from church to the East Village for some vegan ice cream at Van Leeuwen’s, then walked around shopping for the rest of our day. 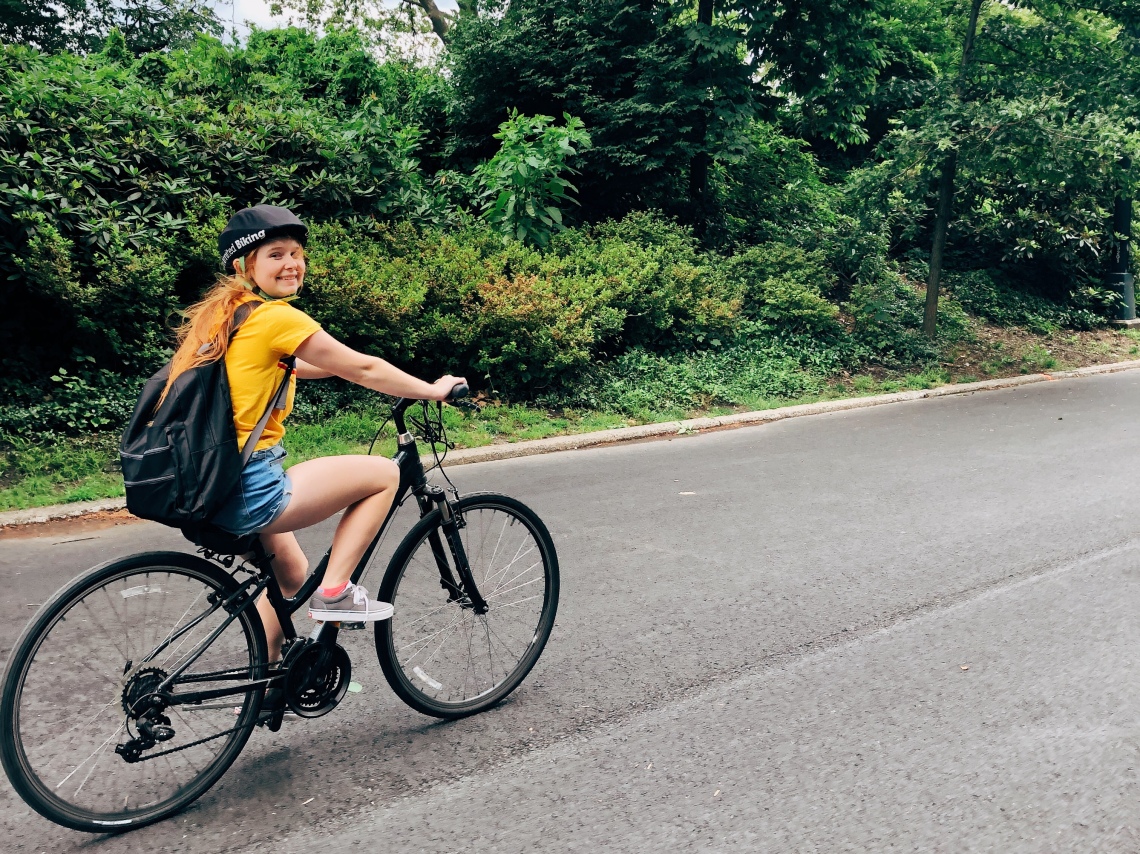 The next morning, we checked out of our hotel and somehow managed to get our luggage onto two subway trains in order to get to the Chelsea Market for a morning stroll, a great lunch at Friedman’s and just a little more shopping. We walked on the High Line for a while, and stopped at a couple coffee shops before taking an Uber back up to Penn Station to head for the airport again. 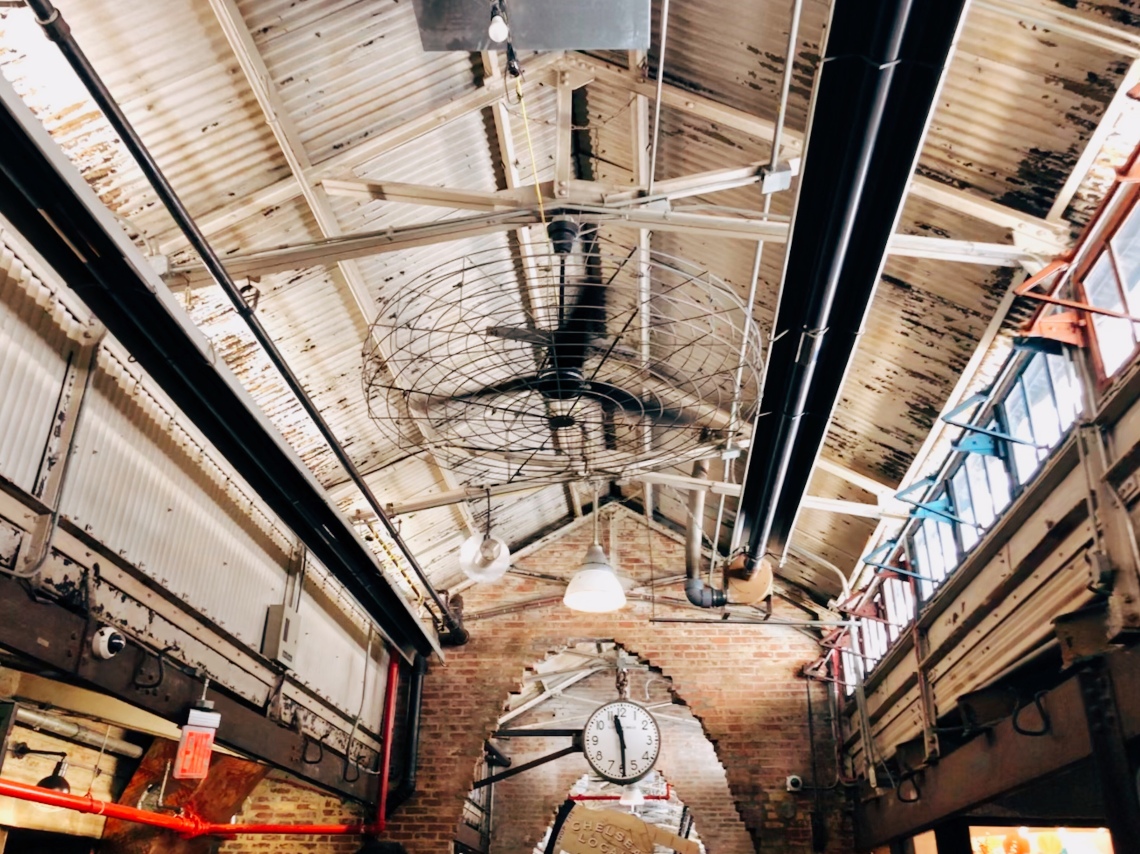 Here’s where things get rough, and where we pick up again with my sister and me chatting on an escalator.

Just past the bottom of the escalator, we checked in for our flight, which was supposed to leave for Chicago at 5:00. We started walking toward the baggage check when I got a message from United on my phone.

Needless to say, we weren’t going to make that. So I went to talk to a customer service rep and find another connection, even one the next day if that’s what it takes. While he was looking up flights, I get another text. The delayed flight? Canceled. A flight had had a malfunction while landing, and basically all flights were delayed as a result, so there wasn’t really another flight we could hop on. So, tomorrow it was. We got a direct flight for the next night, which was disappointing since it meant we would miss Father’s Day (and we could have had a whole extra day in Manhattan), but there was apparently nothing they could do.

So Sunday rolled around and we hung out at the airport all day. We walked around the shops and restaurants in Newark’s concourse C and bided our time playing the scratch off game on the iPads. It was a long day, but it got even longer when I got texts about delays over and over again. And then…

Our flight was canceled. Again.

We scrambled to book a hotel on Hotwire, which actually ended up being a classy place with a super comfy bed, and we rested up, praying for the next day to work out.

It’s a slightly strange route, but we took a flight to Washington on Monday at 2, headed over to our gate, and boarded at 5 on a flight to Grand Rapids. I almost couldn’t believe it. 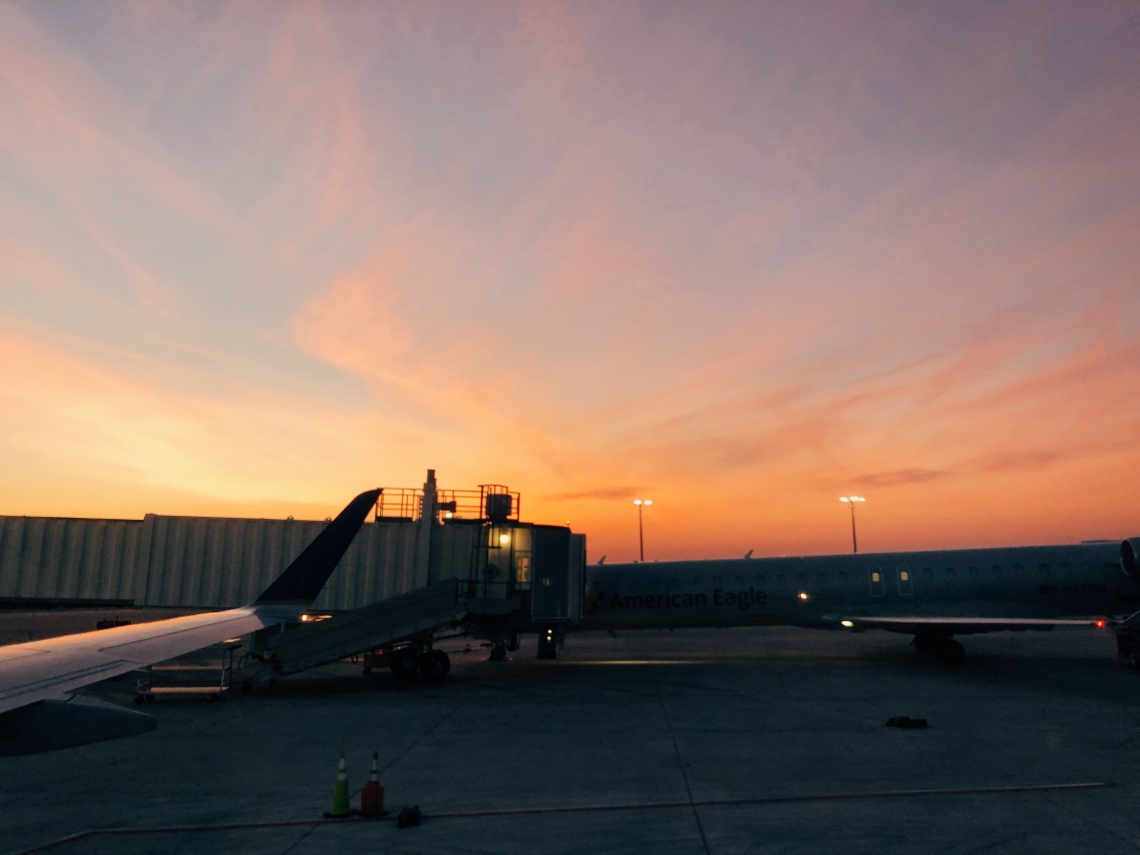 Clearly I shouldn’t have believed it though.

At about 6, still sitting at the gate, we de-planed. Mechanical problems. I ironically had texted my husband joking that I wasn’t getting off this plane unless I was dead or in Grand Rapids, but obviously I didn’t have much choice in the matter.

By 7:30, we began boarding again! That is, until they frantically pulled us all back off because of a hydraulic fluid leak, which is apparently “not as bad as it sounds.” Anything was bad if it kept us off the plane for another moment, in my opinion.

But hallelujah! They fixed it quickly, and by 8 we were on our way!

We were standing on Michigan land by 9:30. I almost broke down in tears hugging my husband, as I was completely drained mentally by the time we arrived home.

Thankfully, we had fun in New York and we arrived back home safely, even if it was a little late, and we didn’t even lose our luggage, which “took an earlier flight” than us somehow.

But you won’t catch me in a plane anytime soon. 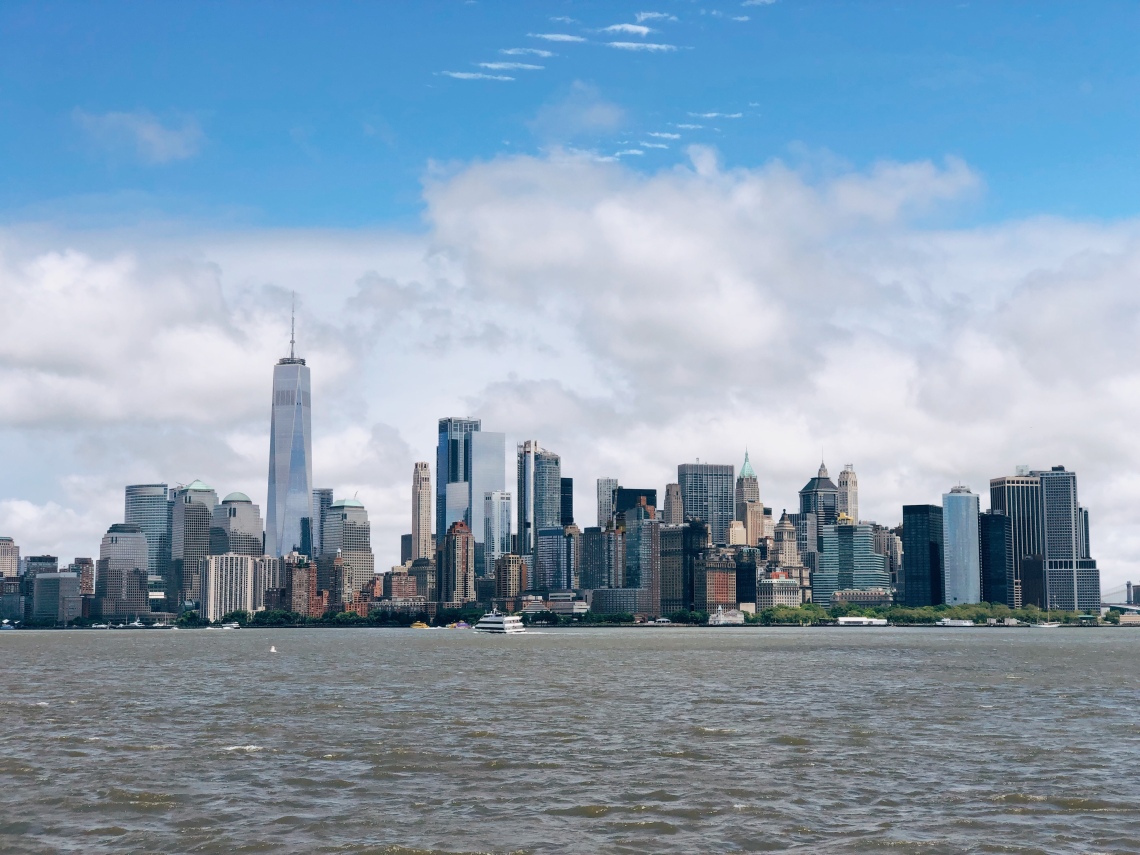 m. leeann is a blog project created by meagan degraaf spoelstra as an outlet for thoughts, emotions, advice and idea sharing. come be a part of the growth and adventure! a mix of lifestyle and personal writing, all words and images are created by and belong to meagan leeann.